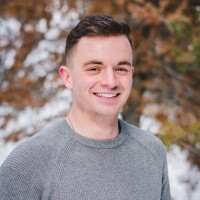 Harrison was born in Bountiful, Utah and served his mission in Berlin, Germany where he also met his wife, Megan. Currently, he is an Army ROTC cadet studying political science with minors in political analysis and data analytics, as well as German and military science. He will commission as an Army officer in spring of 2021 and hopes to be assigned either to cyber warfare or military intelligence. In 2018, he completed a study abroad through the military to Bishkek, Kyrgyzstan to study Russian. During the summer of 2019, he and his wife moved to Berlin, Germany to complete internships. There, he was a legal research assistant at the Bureau for the Implementation of Equal Treatment where he worked to create anti-racial profiling policy recommendations for the German Federal Police. Some of the work he was involved in was later submitted to the UN Council on the Elimination of Racial Discrimination. Currently, he is the head coder and research assistant for the BYU branch of the WomanStats Project.