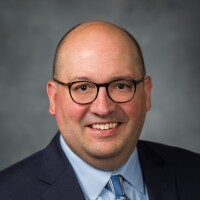 Dr. Christopher F. Karpowitz is Co-Director of the Center for the Study of Elections and Democracy and Professor of Political Science at Brigham Young University. In 2015, he received the Erik Erikson Award for early career achievement in the field of political psychology from the International Society of Political Psychology and the Emerging Scholar Award from the Elections, Public Opinion, and Voting Behavior Section of the American Political Science Association. His book, The Silent Sex: Gender, Deliberation, and Institutions (co-authored with Tali Mendelberg), received the Robert E. Lane Award for the best book in political psychology (APSA), the David O. Sears Award for the best book in mass politics (ISPP), and the APSA Experimental Research Section Best Book Award. Prior to arriving at BYU, he was a Post-Doctoral Fellow in Democracy and Human Values at Princeton's University Center for Human Values.