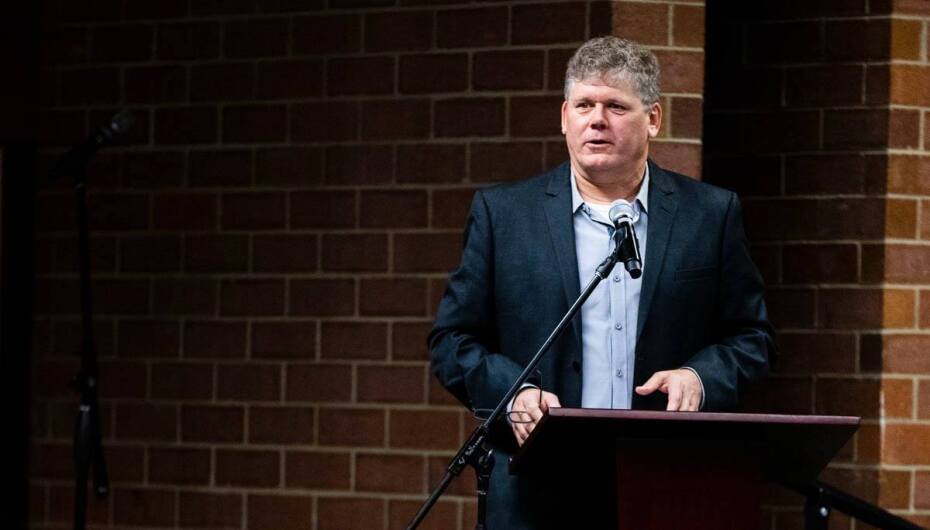 Students, colleagues and friends around the globe are mourning the tragic loss of Professor Wade Jacoby, who passed away without warning on Saturday, February 29, 2020. At the time of his death, Wade was mountain biking—one of his many, many passions—with close friends and colleagues at the university. Wade has an extensive network of relationships, and we know that hundreds, even thousands, are mourning this great loss.

Wade Jacoby was an accomplished scholar and stands among the most visible comparative political economists studying Germany specifically and the European Union expansion to Eastern Europe more generally. His two sole-authored books, Imitation and Politics (Cornell University Press, 2001) and The Enlargement of the European Union and NATO (Cambridge University, 2006) are both widely cited and seen as significant contributions to his fields. In both books he demonstrated how institutions and standards from abroad were mimicked in post-Fascist or post-Communist polities successfully when replicating function but unsuccessfully when rigidly applied.

A 2006 review article in World Politics, one of the leading journals in political science, “Inspiration, Coalition, and Substitution,” guided an emerging literature on how external actors can create informal coalitions with domestic leaders in cementing commitments to policy reform. His remarkably creative 2006 Cambridge edited volume chapter, “How Agents Matter,” co-authored with his BYU colleague, Darren Hawkins, helped to launch the application of principle-agent theory to international relations as it critiqued it, and it remains a standard reference in the literature. He published scores of other notable journal articles and edited volume chapters across a remarkably interdisciplinary range of fields including political science, economics, sociology, public policy, and law.

Wade was a beloved teacher at Brigham Young University and, before that, at Grinnell College. He had rare and enviable gifts as a communicator and teacher. Students were enthralled by his vast knowledge, his elocution and his wit. He could spin a tale with this best of them while focused on important concepts his students needed to learn. He had a gift of constructing witty and insightful metaphors that would bring home the essence of challenging concepts. Wade was particularly passionate about helping students become effective writers and encouraging his peers to teach writing more effectively. He was very demanding, with high expectations, and did not accept sloppy thinking or writing. But students also knew that he cared deeply about them. He was fully invested in their learning and in their lives.

Beyond his influential scholarship and teaching, Wade Jacoby was known as the least nerdy political scientist. In high school during the 1980s, he was a standout athlete in baseball, football, and basketball in the state of Washington. Though he attended BYU as an undergraduate on an academic scholarship, he was a backup infielder for the Cougars and also walked onto the football team as a receiver. After graduation and before his PhD studies at the Massachusetts Institute of Technology, he quarterbacked the Bonn Jets to the German national championship in American-rules football. He was an accomplished bow hunter and fly fisherman and loved many other outdoor activities including mountain biking, hiking, and canyoneering. He and his wife, Kindra, raised three exceptional daughters, Taylor, Clementine, and Kendall. He was devoted to Kindra and his children and quick to relay the accomplishments of his daughters and sons-in-law, Kurt Hepler and Josh Essex, and to repeat the latest precocious utterings of his beloved granddaughter, Beatrix.

Wade once commented in a faculty meeting that we should put out a faculty job posting saying, “The Political Science Department seeks small acorns who aspire to be great oaks.” This typically pithy and charming comment delighted his colleagues and was neither the first nor last time he would fill our conference room with laughter and insight. For so many of us, Wade Jacoby was that great oak. He grew into that role with intention and intensity. We do not know what to do and say in the dark shadows of this loss, but we are keenly aware that Wade would know what to say and how to say it. We are comforted by our hope and faith that one day we will again see his wry smile and feel his warmth and love.

Leave a Tribute For Wade Jacoby